TinyTask is a small windows automation tool, with the assistance of this tool we can avoid many troubles for users. Instead of repeatedly typing the same data, with the help of TinyTask you can record and playback normal actions on your desktop.

This program will allow us to record the activity which can later be used with a single click. The recorded program is converted into macros which are saved and ready to be used whenever required. TinyTask will increase your efficiency and productivity during a task. TinyTask was developed by vista software.

We don’t require expert knowledge or any lessons or experience to access this tool, everyone can use this application and catch up to how very quickly. Unlike other similar auto clickers, TinyTask can be used portably. This software does not affect any configuration of the desktop and it is easier to apply it and saves a lot of time for the windows user. The files saved are easily transferable from one device to another device through many ways like USB, pen drive, etc.

You can also use it in web browsers plus it is a light weighted application. We can even set shortcut keys to use the given features. 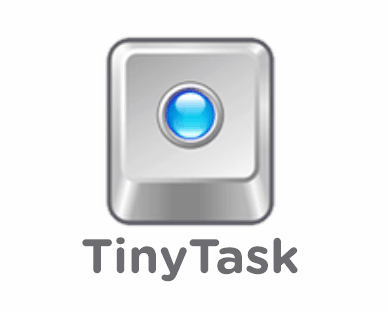 The most important feature is that this software is completely free for all windows users. The size of the program is 35kb only. The latest version of TinyTask was updated in 2019 which was v1.77.
There are 3 million downloads in total and we can download this program not only in English but in various other languages.

After the installation tint task itself will teach you how to operate it once you open the software. It is supported in operating systems like windows XP, windows 7, windows 8, and Windows 10.

How to use TinyTask

There are 2 ways to record in this program.

You can record your action by doing either one of the above and let it run in the background, after finishing recording it all, it will create macros now if you are satisfied with the content you can press the stop button and then save it to use it later. Don’t forget to name the file so it will be easy to find it when you need it.

Now if you need to paste the action you have copied you need to click the play button in the TinyTask window. This way you don’t have to redo the whole task instead just let the application repeat the content whenever you need it. The files will be saved in the record format.

To conclude TinyTask helps us be more efficient and faster. Time can be saved by not doing repeated tasks by ourselves. It does not take up a lot of system resources. Also, it doesn’t require multiple clicks, actions can be performed with a single click alone. Automation can be easily completed with minimal memory power. The upgraded version of TinyTask can record up to 120 minutes ie 2 hours.